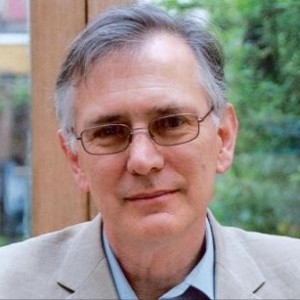 EasyRead started with the use of clipart and developed with the use of photos a few years later. There has been a long standing debate over which is best for EasyRead information. Some things are clear, it is best to avoid cartoon style illustrations as these are seen as patronising or childish. Unfortunately, there is no easy answer.

We have carried out various research over the years with partners such as Ipsos MORI, see below. Generally we have found different styles are preferred in different groups and areas. There have been some people who use particular styles in schools in that area for instance, or in local self advocacy groups that want to carry on using that style.

There does seem more potential for photos to be less clear and contain confusing background clutter for people who rely on the picture more to aid understanding. There is an impression that some opposition to clipart is from more vocal literate groups of people based on what they prefer and not what is best suited for less literate people with learning disabilities.

Some areas of work such as sexual abuse or intimate health information can benefit from clipart. Some high end or more glossy documents look better with photos.

The choice is yours!

In 2012, we conducted some Cognitive testing into the best questions to ask and style of illustration for a further education study in Wales. This was with Ipsos MORI, a leading market research company in the UK.

It was conducted with Welsh students. We looked at an Easy Read questionnaire for learners with learning difficulties and/or disabilities, low numeracy and literacy levels and those whose first language is not English or Welsh.

Cognitive testing involves a series of in depth interviews to see how respondents understand, retrieve information for, decide upon and ultimately arrive at responses to quantitative questions. Although the technique ultimately deals with quantitative questionnaire design, it is a qualitative approach which amasses data concerning respondents’ cognitive processes, that is, perceptive, understanding and decision-making processes.

How do the respondents arrive at an answer to a particular question? Cognitive testing assesses whether the right question is being asked given a particular area of inquiry, and whether the proposed question works.

Learners differed in the extent to which they used the illustrations to help understand the text. Some focused mainly on the wording of the questions and instructions, whilst others looked at the illustrations more intently and interpreted them in a greater level of detail. It should be noted that this interpretation was not always in line with what the illustrations were aiming to depict.

In general, the more complex illustrations did not give rise to a better understanding of the question.

We tested two versions of the instructions: one with an illustration to help depict each sentence or paragraph, and one using photographs instead. The illustrated instructions were offered to learners first, followed by the version with photographs. The images were tested both with and without the question wording to test both the ‘raw’ understanding of the images and the relevance (‘match’) to the question wording.

Some learners expressed a preference for photographs rather than illustrations (one described the former as being less ‘childish’). However, when the illustrated instructions were initially presented (ahead of the version using photographs), this reaction was not evoked spontaneously (those learners who expressed a preference for photographs only did so when asked which they prefer). In general, the photographs did not appear to aid understanding of the text any more than illustrations. For example, one learner mistook the photograph of an envelope in the instructions for a table, or floor.

The questionnaire used in this first round of cognitive testing used an illustration to depict each question. The advantage of using illustrations (rather than photographs) is that they can be more easily be adapted to the precise meaning of what is to be depicted, thus allowing a closer ‘fit’ based on feedback from the cognitive testing.

You can find out more about which cookies we are using or switch them off in settings.

This website uses cookies so that we can provide you with the best user experience possible. Cookie information is stored in your browser and performs functions such as recognising you when you return to our website and helping our team to understand which sections of the website you find most interesting and useful.

You can adjust all of your cookie settings by navigating the tabs on the left hand side.

Strictly Necessary Cookie should be enabled at all times so that we can save your preferences for cookie settings.

If you disable this cookie, we will not be able to save your preferences. This means that every time you visit this website you will need to enable or disable cookies again.